Maha Metro Nagpur is all geared up for starting of services in the post-COVID phase. A number of steps have been taken to prevent spread of this pandemic to ensure that the commuters and Maha Metro officials and employees remain safe and secure. While all such precautions would continue to be taken, a series of other important measures for passengers are also being taken.

These steps are being taken to promise a safe and secure ride for the commuters. As part of these measures, the metro trains would be disinfected regularly. All metro stations would be frequently sanitized. While sanitizing metro stations, emphasis would be on areas which are occupied or mostly used. The crew control room, baby care rooms, and Station Control Room are some such areas with high footfall.

All such areas and rooms would be frequently sanitised. The sanitization activity will be as per norms and procedures. The metro staff would sport Personal Protective Equipment (PPE) including masks and hand gloves. The union and state government and other statutory authorities have time and again issued directives regarding steps to be taken in the aftermath of COVID-19 pandemic. 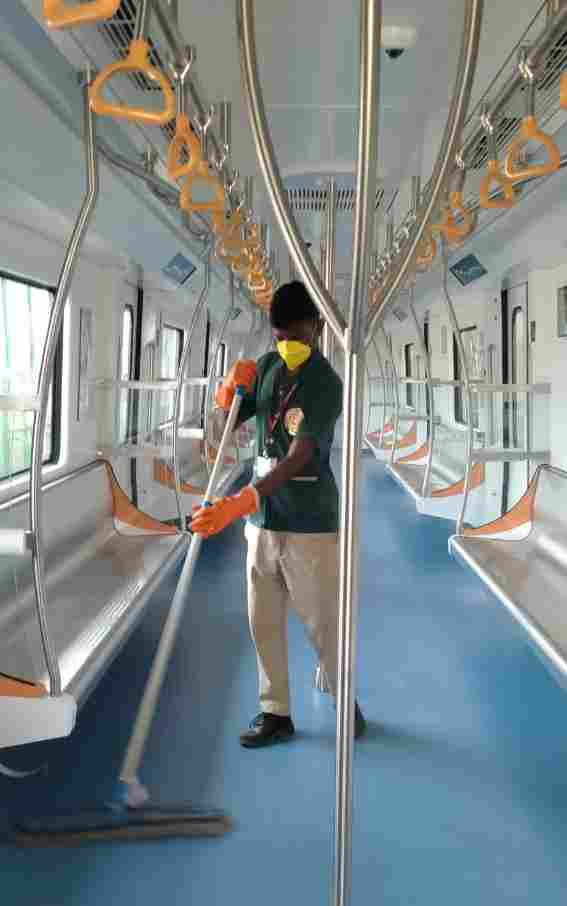 These advisories by the government and the authorities would be communicated to the commuters. The same have already been told to Maha Metro employees. Regular announcements will be made on public address systems, both at stations and trains, about COVID-19 awareness. Standees and information boards would be put up at Metro Stations for passengers’ information and perusal.

The Maha Metro staff has been sensitized regarding these measures and told to follow all the steps religiously to imbibe confidence in the mind of the commuters. Higher authorities would monitor execution of all these measures to ensure safe and secure ride to all the Maha Metro commuters.