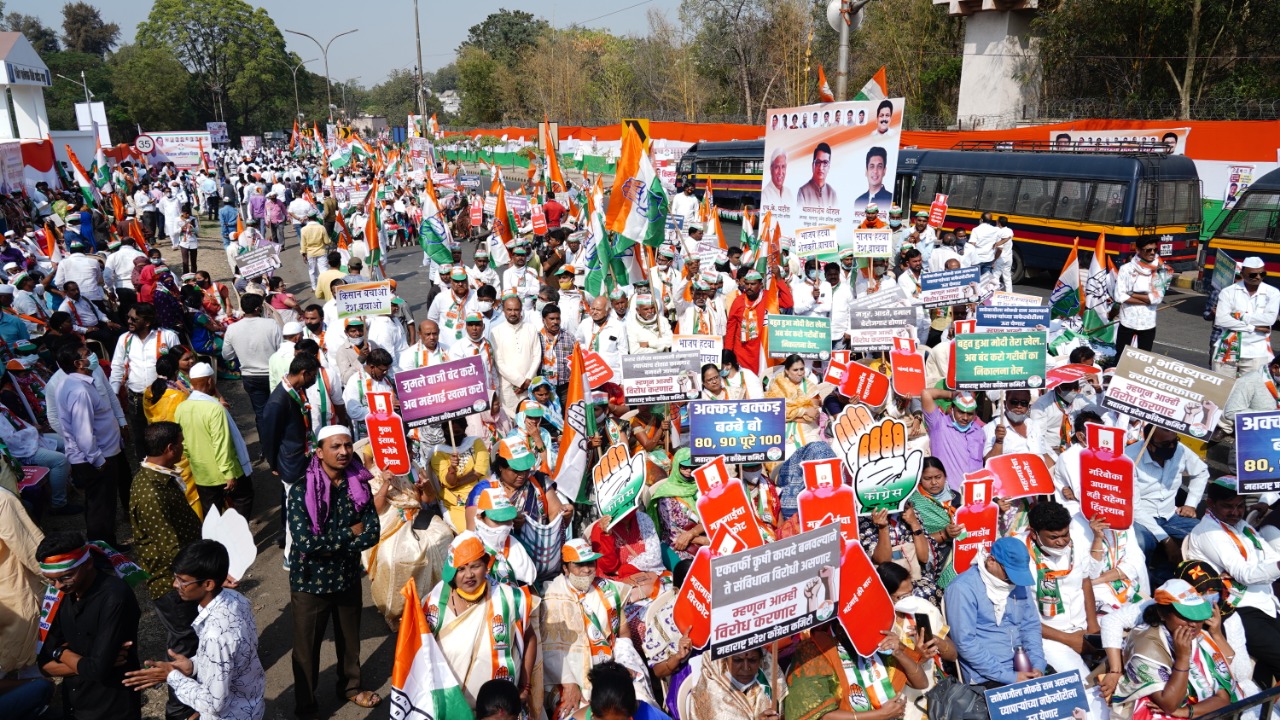 While addressing the rally Balasaheb Thorat counting the reforms done by the Mahayuti Government in favour of farmers, warned the central Government that the committee of Maharashtra Minister under the leadership of Deputy Chief Minister is formed to make reforms in the Agricultural Bill of Maharashtra. 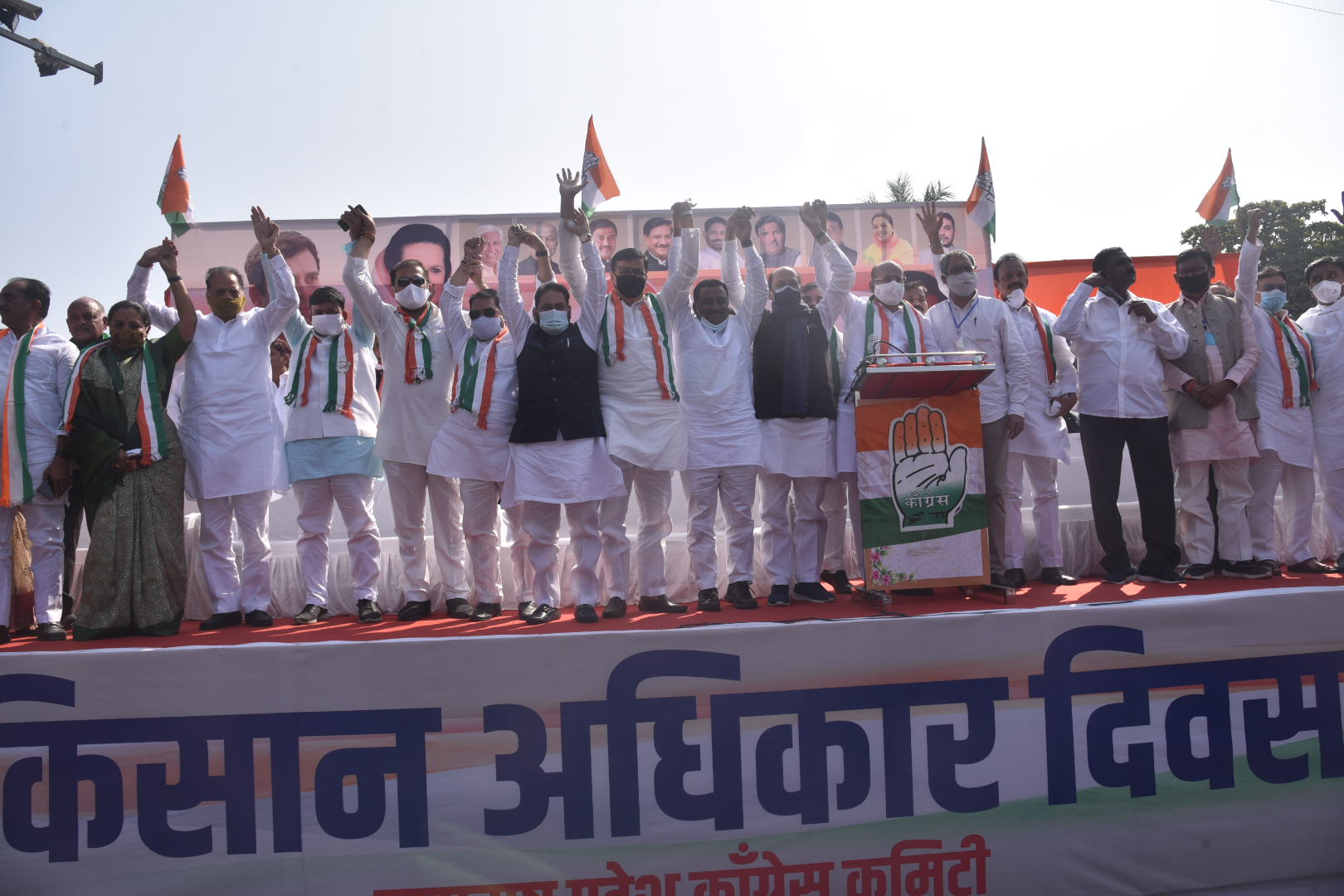 “We first do it yourself and then ask the Union to make laws in fever of farmers ,” Thorat said. Sunil Kedar in his aggressive speech said, “Jo Kisan Hit Ke Baat Karenga, Vo He Delhi Pe Raj Karenga”. All the other leaders also spoke about the black Agricultural Bill and demanded that it should be scrapped.

Thousands of congress volunteers including youth, ladies throng the Raj Bhavan from 11 am. All congress leaders were for the first time seen together and the energy of workers was overflowing. But Maharashtra Governor Bhagat Singh Koshiyare was not present to take the memorandum, sources said. 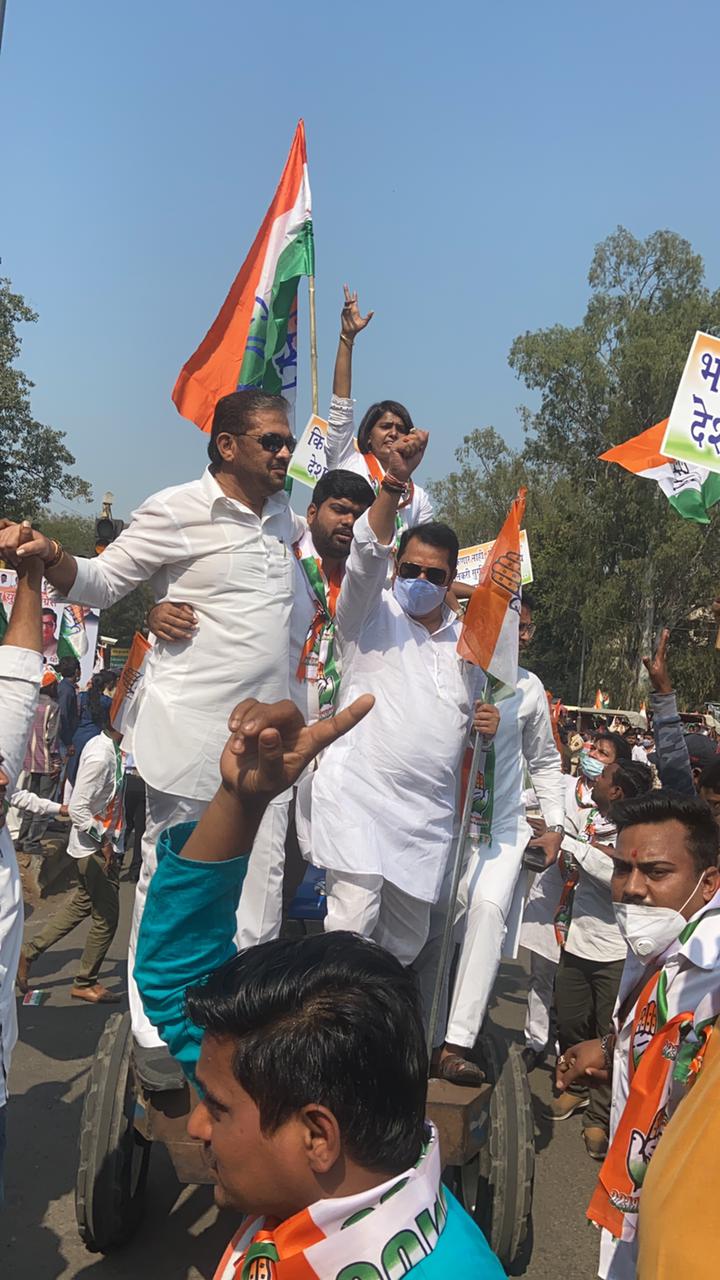