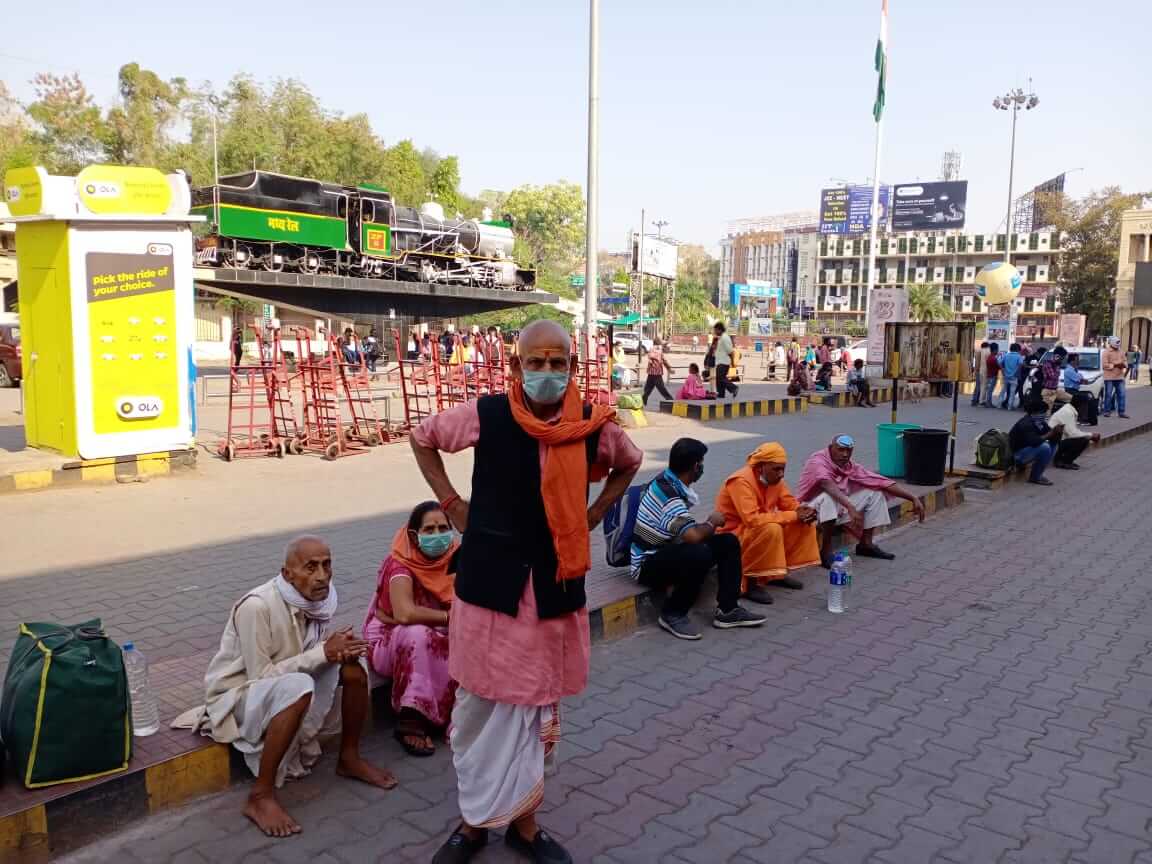 The group of pilgrims were later asked to leave the platform as it had to be cleared from time to time. These people are sitting outside railway station.

However, police personnel present on the platform helped few from the group to get into the train even though the coaches were tightly packed.

The situation is still the same, rather getting worse as there are no shops open for food and water near railway station.

Dengue cases decrease in the city: But NMC...